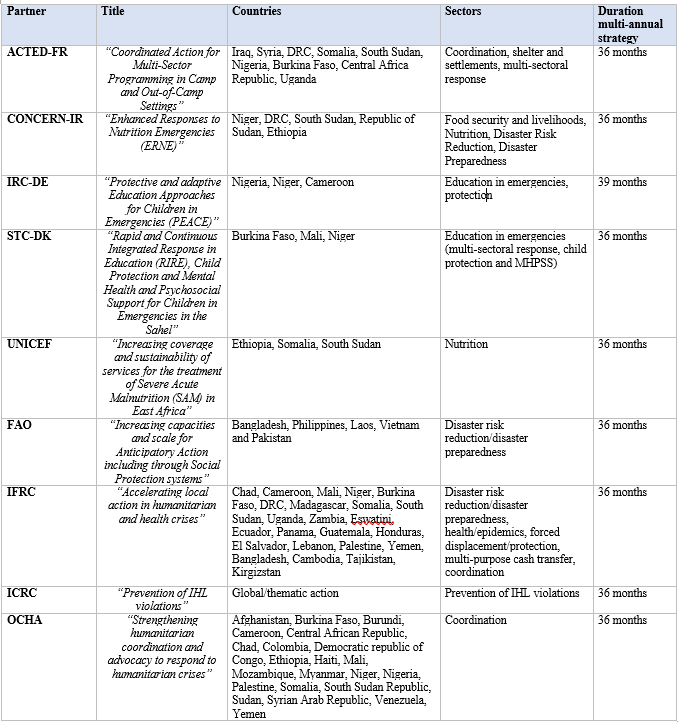 Lessons learned from these pilot Programmatic Partnerships confirmed the interest of partners for:

Partners pointed at some negative aspects of the experience:

In September 2022, DG ECHO co-organised with StC and IRC a Donor Roundtable on multi-annual European humanitarian partnership models, with the participation of some EU Member States and their INGO programmatic partners.

The full report of the Roundtable can be found here