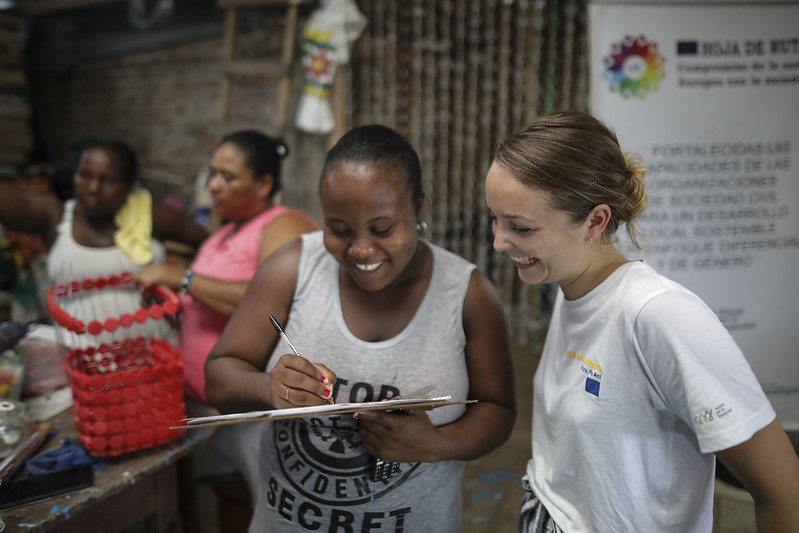 The aim is show-case to EU citizens the tangible impact of EU-funded humanitarian aid. The European Union’s role must be clearly emphasized by integrating it into the story-line and by including, for instance:

The duration and format of the videos should follow the current standards and best practices of social media dissemination.

In videos for social media, ECHO should be referred to as the EU or EU Humanitarian Aid or EU Civil Protection.

Videos must display the EU emblem with the accompanying text “Funded by EU Civil Protection and Humanitarian Aid” at the end.

Before production: submit to ECHO a (1) draft storyboard describing the themes to be covered in the video and (2) information about the intended means of dissemination, target audience and estimates of the potential reach.

During production: submit a draft of the video before the end of the project – at a point where it is still possible to make changes based on ECHO comments.

Upon completion&nbspof the production, ECHO must be informed of the actual distribution of the video. If the video incorporates music, ECHO shall be made aware of the title, author and type of license. Whenever feasible, a signed permission of the person(s) featured in the video should also be submitted to ECHO.

Audio-visual&nbspproductions on humanitarian actions funded by the EU are eligible for visibility funding. ECHO does not finance audio-visual productions whose sole purpose is to promote another organisation.

©   &nbspThe Commission is entitled to use or reproduce, wholly or in part, audio-visual productions made by a partner under a grant or delegation agreement.